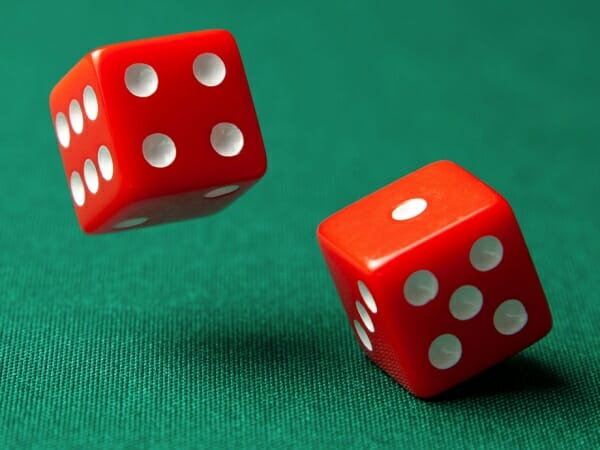 The definition of odds is:  the chances or likelihood of something happening or being the case. In other words, odds are the statistical chance of an occurrence, based on past occurrences.

In life, there are times to know your odds, and to gamble against them. Trading is never one of those times!

Unlike gambling, day trading has little to do with a generic set of odds that we bet against. It’s true the market will always go up or down, much like the flip of a coin. However, it could go down (or up, or just generally against you) 40 times in a row. Not very good odds.

The day trader is not making decisions based on odds but rather on statistical triggers. And… Data. Data. Data.

Always let the data be your guide.

The difference between a successful day trader and a careless one is the amount of education that goes into the process. It seems a tempting prospect to sit down in front of a few fancy computer screens, start trading and make a ton of money. If only it worked that way.

Day traders pay for their education as much as another professional would. They pay in losses learning to trade. They pay in heartache because I have yet to meet a trader who doesn’t struggle with keeping their emotions out of the game. But traders pay most in grueling hours of data collection and study. Traders study and study and when they think they understand the market, they study it a little more.

Gambling is sport, diversion, a way to blow off steam perhaps. Most don’t spend their evenings studying gambling the way a trader will study chart patterns or seasonal trading almanacs.

There is no sitting down at this poker table and walking away rich an hour later.

For many, gambling is a thrill, a roller coaster of emotion. Endorphins release, heart rate elevates, oxygen intake increases, and adrenaline rises in the system. This form of manufactured physical stress fuels impulsivity. Gamblers purport a sense of instinct, a hunch, which propels their decision-making. And a sense of elation or sadness based on the result of that decision.

This enumerates the antithesis of successful trading. Instinct has no place in your trading decisions, nor does excitement or sadness. The most important chapter of almost every day trading book is on the subject of emotions, or rather the ability to subjugate emotion in order to trade well.

“So I’m supposed to be some robot,” you might retort. And to that, I would say “yes.” The only reason a robot doesn’t trade better than a human is because its critical thinking isn’t as developed. Watch out, someday, robots may make the best day traders.

Day trading is a dream job for a lot of reasons. It offers freedom to work from home (or anywhere for that matter). The hours aren’t grueling and the overhead is low. Despite the insistence on remaining indifferent about it, many day traders really love their job.

But contrary to common belief, successful day traders are not cool renegades rolling the dice. As a day trader, you have a boss. It’s the market. And ultimately, it calls the shots. Don’t forget that.

Now, a day trader’s relationship to “power” or to “being right” is a whole other deck of cards.